Elgin Cathedral and the Diocese of Moray

Elgin Cathedral was the principal church of the bishops of Moray diocese, and, as an expression of the bishop’s authority, was one of Scotland’s most ambitious medieval buildings. It is now a ruin of great beauty, having been abandoned soon after the Reformation in the mid-sixteenth century.

However, although much of the building has been lost, especially since the collapse of its central tower on Easter Sunday 1711, enough remains to be able to understand how glorious its architecture was when complete. Indeed, one of its great fascinations is the detective work involved in building a picture of its appearance, and of the way it was intended to function, on the basis of the remaining evidence.

It was the product of three main building campaigns. First started in 1224, it was greatly enlarged in the course of a rebuilding that followed a fire in 1270, and was again repaired and modified after being attacked in 1390 by the earl of Buchan – the Wolf of Badenoch.

Our understanding of the life of the church and cathedral, and of the infrastructure of estates and other sources of income that provided the funding to support the constant round of worship and pastoral care, is greatly assisted by the survival of a wealth of documents. These are fully considered for the first time in this book.

Palace Fit For a Laird

Castle in the Woods 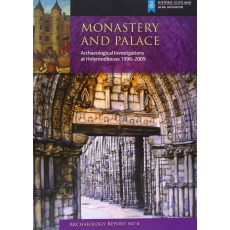